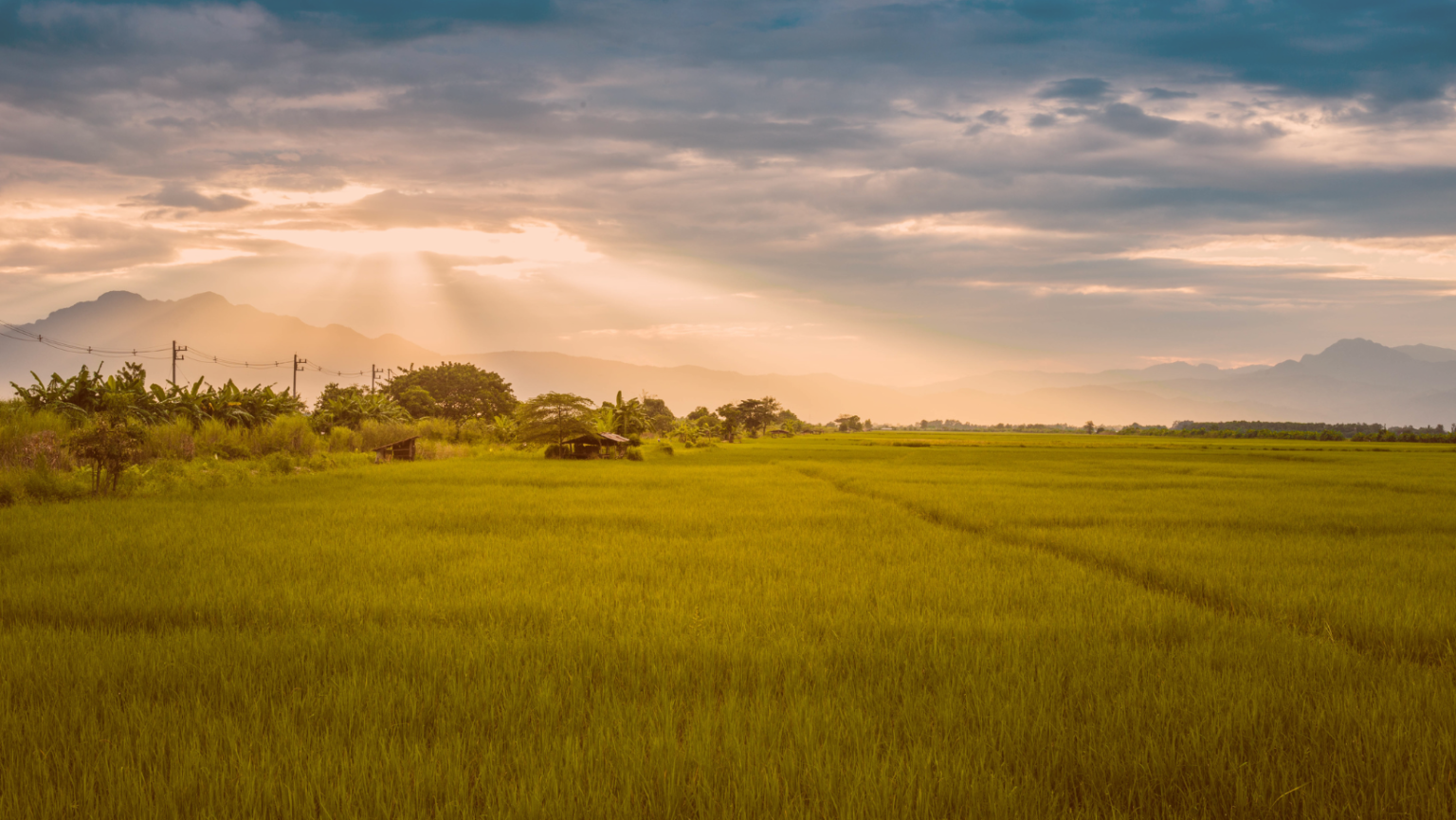 The world is changing, and entrepreneurship is changing along with it.

More and more people want to take charge of their money and their long-term wealth and, in effect, improve their quality of life. In other words, they want to be financially empowered to call the shots in their lives. There is simply nothing as valuable as freedom, but money plays a big part in that freedom.

Traditionally, real estate deals have been an opportunity for folks to do just that — take control of their portfolio. It takes smarts, commitment, and the willingness to go outside of the norm, but plenty of people — like Rob and Nicole Fuller, owners of ROI Property Group — do it.

Still, borrowing the traditional way has some significant limitations. The amount of capital required to start out is high, and it takes time to build trust with lenders. In all likelihood, you have to tie up your own personal finances to get up and running. This means that some people may never be able to get started, let alone get their real estate dreams off the ground.

Thankfully, traditional lending isn’t the only option to get your real estate ventures off the ground, and Private Money Club helps people get answers to their most pressing questions about real estated deals.

PMC is a network of like-minded individuals that educates people on the best practices for stepping into the world of real estate. Good people shouldn’t struggle to get started in a field they would thrive in simply because the start-up costs are too high, and lenders shouldn’t struggle with deal flow because they hold all of the cards.

The Fullers know how challenging it can be to get funding firsthand. These two pros have borrowed both the traditional way and by following PMC’s philosophy, and believe it or not, they actually have fun working in the PMC way. If you’ve been wondering how to start making real estate deals, read on!

How the Fullers Got Involved in the Real Estate Game

The Fullers are no strangers to the world of real estate. They have fifteen years of experience and built their firm from the ground up. While they primarily buy and develop land today, they started off with house-flipping.

Back in 2014, house flipping was pretty simple to get started in. The Fullers were able to move fast, in part because of the high numbers of distressed homes (those on the brink of foreclosure or that are already owned by a bank). But as the economy improved post-recession, they hit a wall with securing funding.

As costs rose, the Fullers started looking more at banks and private equity firms to fund their deals, and while doing so, they also expanded their business to focus more on buying and developing land.

Land development can have high costs because of land survey and preparation, fees and permits, connecting utilities, legal fees, etc. Plus, there’s the cost of the homes themselves. However, it can be incredibly lucrative with the right backing — Rob described one of their recent projects.

“It’s about 137 acres total, and we’ll build about 700 home lots on it. Some of those will get sold to public home builders. Some of them will be bought by institutional groups.” – Rob Fuller

The Fullers are incredibly versatile. They have the capacity to manage all kinds of developments, from dense housing communities to high-acreage lots.

Recently, Rob and Nicole have started developing a unique equestrian community. The larger lots they created on this property allow horse owners to have plenty of space to house both themselves and their horses.

“It’s 825 acres and there are 218 homes. The lots are each two and a half acre minimums.  That’s unique for us. Most of what we build is for rent. That particular community is kind of an equestrian [community]. It’s definitely different. ” – Nicole Fuller

Networking through PMC played a significant role in allowing the Fullers to think outside the typical real estate transactional box. They say PMC has been a game changer, not just for their ability to quickly and efficiently get the support they need but also because of the experience.

The Challenges of Traditional Deal-Making Practices

Rob and Nicole know the ins and outs of securing deals with private equity firms and banks, so they can attest to its challenges. It doesn’t matter if you’re smart, trustworthy, and experienced, building a real estate business the traditional way is no easy task — earning trust with a firm takes time and effort.

“There’s a process of [saying] ‘Let me convince you why you should [trust me]. … Here’s all the paperwork, and here’s the proof that I can do this, and I’ve done this repeatedly.’” – Rob Fuller

One of the best practices for getting into real estate is constant networking. You have to constantly pitch yourself and your venture. It’s time-consuming and tiring, and you have to be willing to receive dozens of nos before you get a yes. Nicole discussed Rob’s challenges as he started on the journey of building relationships with private equity firms.

“He would go to conferences all over the U.S., [and] he would be networking on the phone twenty-four seven. That’s probably the biggest leg work that he had — trying to find those relationships and build those relationships in order to [build our business].” – Nicole Fuller

Even after years of working with certain firms, the Fullers always felt a bit like they were being taken advantage of. That’s because most firms and middlemen have high overhead costs and so need to charge all sorts of extra fees. This model made lending with firms very expensive.

“The terms were sometimes very egregious. [They might lend to you at eight percent]. But once you add in fees, sometimes they’d be making money at 24 percent. [That’s just] the way  they structure it. You pay points, but you’re not borrowing some of the money until a year from now. You’ll only have that money for a month, but you paid a point on it. And so when you figure out the cost of money working with these guys, it ends up being much more expensive sometimes.” – Rob Fuller

Rob found that at the end of the day, he knew that lenders in private firms weren’t really thinking about him when they left the office. It was a purely transactional financial relationship. Is that tolerable? Yes. But you can do better.

The Advantages of Building a Network in the Private Money Club

Besides being more affordable, working with individuals who are part of PMC is also a better experience. For one thing, you don’t have to worry as much about proving your worth. You’re on a more level playing field.

There’s also a distinct feeling of community, and even community building, with PMC. Rob and Nicole both feel like Private Money Club opens opportunities to have enjoyable conversations they had with people they would never have engaged with in their day-to-day lives.

“I feel like I can actually give something to these people who are trying to improve their financial situation. I’ve met firefighters, police officers, teachers, and many other people who …. are usually pigeonholed into a 5% return, if they’re making a return at all.” – Rob Fuller

Building those human connections is the number one value of working in the PMC network. When you place people first, the experience is just different. You reap abundance in all aspects of your life. Nicole loves how much fun she’s had connecting with other club members.

“It’s been fun. They’re excited. … When we get off the phone with people from Private Money Club and we’re like, ‘Oh, they’re our friends.’ It’s very relational, which is nice, rather than transactional.” – Nicole Fuller

Remember, the middlemen in a private firm are just doing their jobs. They’re interested in helping you to a point, but when the end of the day hits, they’re not personally focused on you. Whereas working one-on-one with lenders means you get the satisfaction and acknowledgment of the mutually beneficial relationship you have with them.

Another benefit of being part of PMC is the high likelihood of repeat business relationships. When you’ve built a solid relationship that goes beyond making deals, your people are more likely to be emotionally (not just financially) invested in what you do. More often than not, they’ll want to continue working with you.

Learn More About How Private Money Club Can Give You Freedom

All across the country, there are people making the choice to empower themselves through effective connection. The trend toward self-empowerment and accessibility has been a long time coming, and it’s an exciting time when you take a leap of faith into real estate.

PMC is one of the best places to start building your deal making network in a positive, accessible, and affordable way. Whether you’re learning the ropes of best practices or seeking connection with other real estate-based entrepreneurs, you can trust Private Money Club to be your go-to resource for real estate ventures.

So what are you waiting for? Visit the website today to become a club member and start making your dreams a reality!