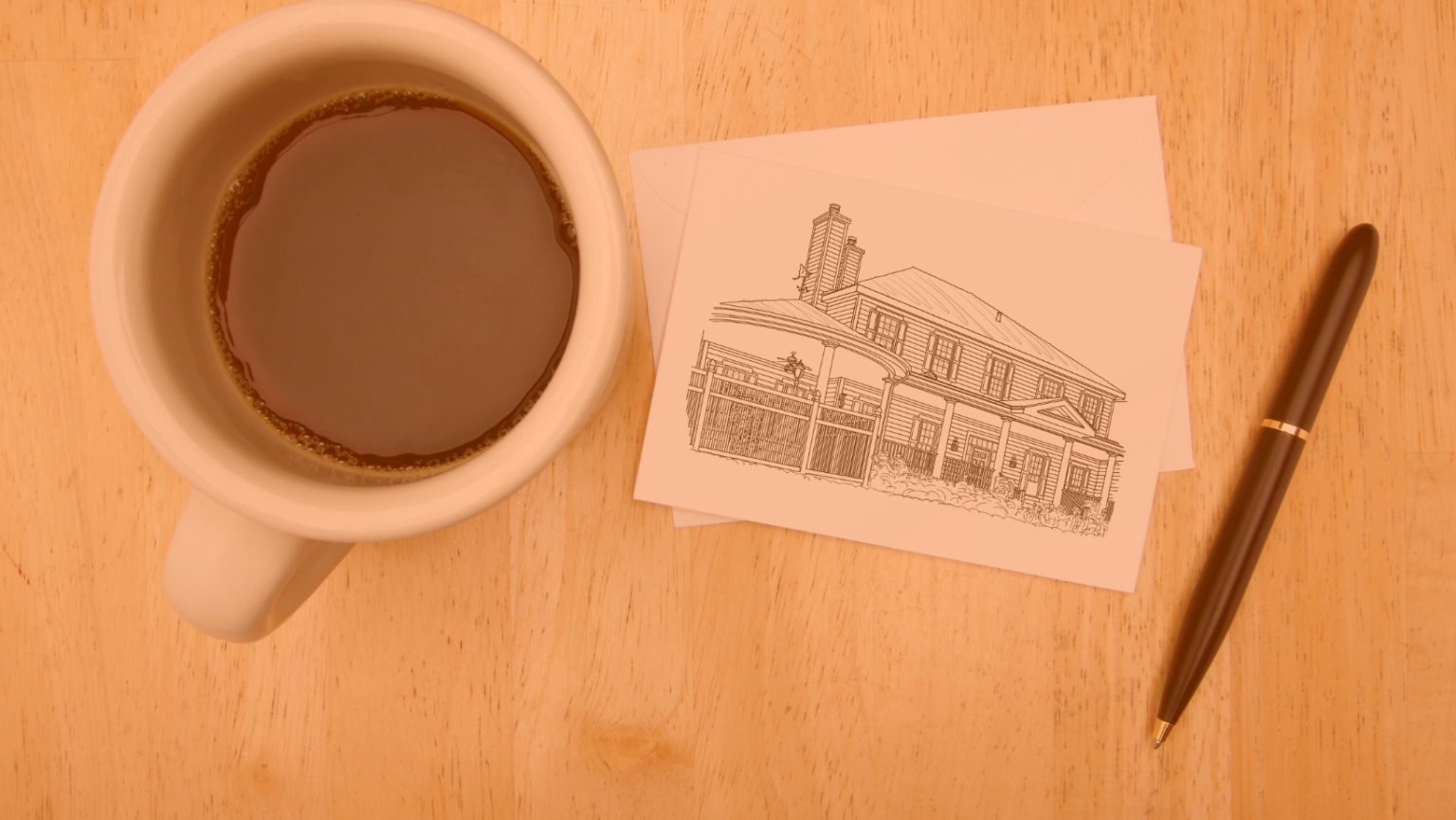 Everyone who lives in the States has their own idea of what the American dream is. Most of the time, people picture dated references of a family living in the 1950s with a white picket fence around the yard and a land barge of a car parked in the driveway. But that’s not what it looks like for everyone.

For many, it’s the shot at finding ways to make a better life — a way to provide your family with security for generations to come.

Generational wealth takes many forms. Maybe it’s a family business that can support your children and grandchildren, or perhaps it looks like wise financial decisions that create dividends to provide a bright future for your family.

Whatever your financial dream may look like for you, there are two things you will need to do to be successful.

If you’re looking for inspiration to chase your goals and grow your wealth, you’re in for a treat. Gene Nguyen’s story of immigrating to America, building a business, and leveraging real estate to multiply his money has inspiration in spades.

Gene Nguyen’s Story of Immigration and the American Dream

In the mid-1970s — just after the Vietnam war — Gene Nguyen’s father wanted a better life for his family. With two boys and one on the way, he knew that staying in his war-torn homeland would cause his family to struggle as they made their way in the world.

So, Gene’s father packed as many belongings as he could carry and traveled with his two small sons and pregnant wife to make a new life in America. For a little over a decade, he worked hard to set money aside so he could one day realize his entrepreneurial dream.

“After living in America for about 10 years, he saved enough money to start his own business. That’s basically how he got his start and got us on the road to be successful. He started this janitorial business in 1991.” – Gene Nguyen

For twenty years, Gene’s father continued to grow his janitorial business into a substantial corporation. Each time the challenges of small business tried to pull him down, he persevered to make the business thrive. The money he made through the business was enough to support his family, put three boys through college, and create a bright future for those he cared about.

In 2000, Gene stepped in to take over the business and carry on his father’s legacy. His father’s hard work and hands-on leadership style were passed on to Gene, and it’s apparent in the hours he dedicates to growing the janitorial business his father began.

“I’m the only one [of my brothers] who’s currently in the business. … One of my brothers recently passed away, but my other brother advises me, and we bounce ideas off of each other. Basically, [this business] is how we make our income for our families. … [And] I still work 10-12 hour days.”  – Gene Nguyen

Gene’s entrepreneurial mindset and head-down, hardworking attitude keep him busy. However, he doesn’t let that keep him from researching opportunities to make his money work for him. After researching infinite banking and private lending, Gene found the Private Money Club, and his approach to money will never be the same again.

Gene’s busy schedule balancing home life with running a business with over 500 employees demands most of his time, and that kept him from taking many financial risks until he found the Private Money Club in April of 2021.

Before finding the PMC platform, Gene had understood the premise behind infinite banking and private lending, but he didn’t understand how to practically implement the mathematical concept. Then, he found the knowledge he needed from Chris Naugle’s Money Multiplier videos.

“I’m just a guy who works in the office. I’m good with numbers — I like numbers. So everything made sense mathematically, but practically, how do you apply it? I had known about infinite banking before watching Chris’s videos and getting into Money Multiplier, but I didn’t know how to apply it. [In his videos], he said that he had this thing called the Private Money Club.” – Gene Nguyen

This group of like-minded entrepreneurs who wanted to break the traditional mold of lending and real estate deals was Gene’s foot in the door to infinite banking. And despite his fear of failure, Gene took a leap of faith and dived into private lending head first.

Gene connected with PMC member  Michael Kearse, a real estate borrower from Philadelphia, through the club and quickly settled on his first lending deal. He would provide Michael with a $30,000 loan and receive 12 percent interest over five years.

“I said, ‘Oh great, five years that I don’t have to worry about anything. I just put this money in[to a loan] and earn passive income for five years. Why not?’ So I agreed to the deal. He sent me all the paperwork, and all the numbers looked great. … We signed our first contract, and that was my very first deal.” – Gene Nguyen

Since that first deal, Gene has made four subsequent deals with Michael and has steadily grown his lending business with the connections made through the Private Money Club community members. All in all, Gene has built his PMC lending business to over 1 million dollars and earns between 10 and 18 percent interest on each loan.

Thanks to his lending strategy, Gene has been able to supplement his income and make his janitorial business thrive — even in the face of a global pandemic.

March 2020 brought something we’ve never encountered before, a global pandemic that shut down the world’s economy. And unfortunately, it caused many businesses to either struggle to stay afloat or close their doors altogether.

For Gene, the pandemic’s beginning actually boosted his company. Since he owns a janitorial business, many office building owners and other businesses in his immediate area wanted their buildings disinfected and deep cleaned. But as more and more companies began to close around him, things started to drop off rapidly.

“We had to cut back on business and cut back on employees because the tenants [of the buildings we cleaned] were not actually in the building because they were all working remotely. That’s when 30, almost 40, percent of my income vanished. … And so that put a lot of stress on me personally and on the business as well.” – Gene Nguyen

Unfortunately, Gene was forced to lay off many of his day-to-day workers over a few months because the demand for cleaning had significantly decreased. Though he had to decrease his staff size significantly, Gene did his best to retain his core employees, like managers and office staff. He knew that this storm wouldn’t last forever and that he would need a strong group of people to rebuild after the weather had passed.

To keep paying those key workers in his company, Gene readjusted his corporate funding and took significant cuts to his salary to keep the business going. While his business was facing cutbacks, Gene also found the Private Money Club community, and because of private lending, magic began to happen in his life.

“By having the [network I had built with] Private Money Club, it allowed me to be in a postion where I could cut my salary. We cut back on a little bit, but [the pandemic] didn’t really affect my family so much. We could still pay our mortgage, pay our bills, and still live the lifestyle that we did.” – Gene Nguyen

The boost Gene received from his loaning business not only helped his family survive through the pandemic but also helped him thrive in the face of adversity. Now that the brunt of the global pandemic has passed, Gene’s janitorial business has regained traction.

Gene’s Goals for the Money He Earns Through Private Lending

With the world returning to normal and Gene’s business back on the rise, he can shift the focus of the money he makes through deals from supplementing his salary to doing things he’s always wanted to do. And the first thing on Gene’s list was finding new ways to get his lazy money to deployed for him.

“I’m using some of the money that I generate [with the people I’ve met through] PMC to invest in other projects like crypto. Things that I wanted to play around with and experiment with that’s more risk capital.” – Gene Nguyen

Gene also plans on making dreams come true for his family with the extra financial freedom he’s gained through his experiences. One item he’s really excited about checking off his family’s wish list in the near future is to build the dream home he’s always looked forward to building.

In addition, Gene is leveraging the knowledge he’s acquired from working with people who are part of PMC. He is the father of two boys, and Gene has already started teaching them everything he knows about making their money work for them instead of the other way around.

“I’m teaching my two boys the process so they’re ready to go. I’ve started polices for them, and when my oldest graduates from college, he’s gonna start working. I already told him we’re gonna set up a new policy for him as well.” – Gene Nguyen

With knowledge that Gene has gained through the Private Money Club network of members and education, he has a firm grasp on his financial future and is passing down the secrets of generational wealth. This is only the beginning for Gene, and he has a long and prosperous life ahead of him.

Learn How to Build Your American Dream Through Private Lending

Through the knowledge he has gained from Private Money Club, Gene has continued chasing the American Dream. He has grown the janitorial business passed down from his father, generated passive income that has created financial freedom, and is teaching the next generation how to truly take control of their finances.

If you’ve read Gene’s story today and thought to yourself, I want to take control of my finances in the same way. You’re in the right place!

Private Money Club has a wealth of resources for those looking to learn best practices in private lending, and to post deals for your real estate projects. So it’s time to get involved if you’re curious about private finance and looking to find exciting projects, work out deals easily, and make magic happen.

Become a PMC member and start turning your dreams into a reality today!