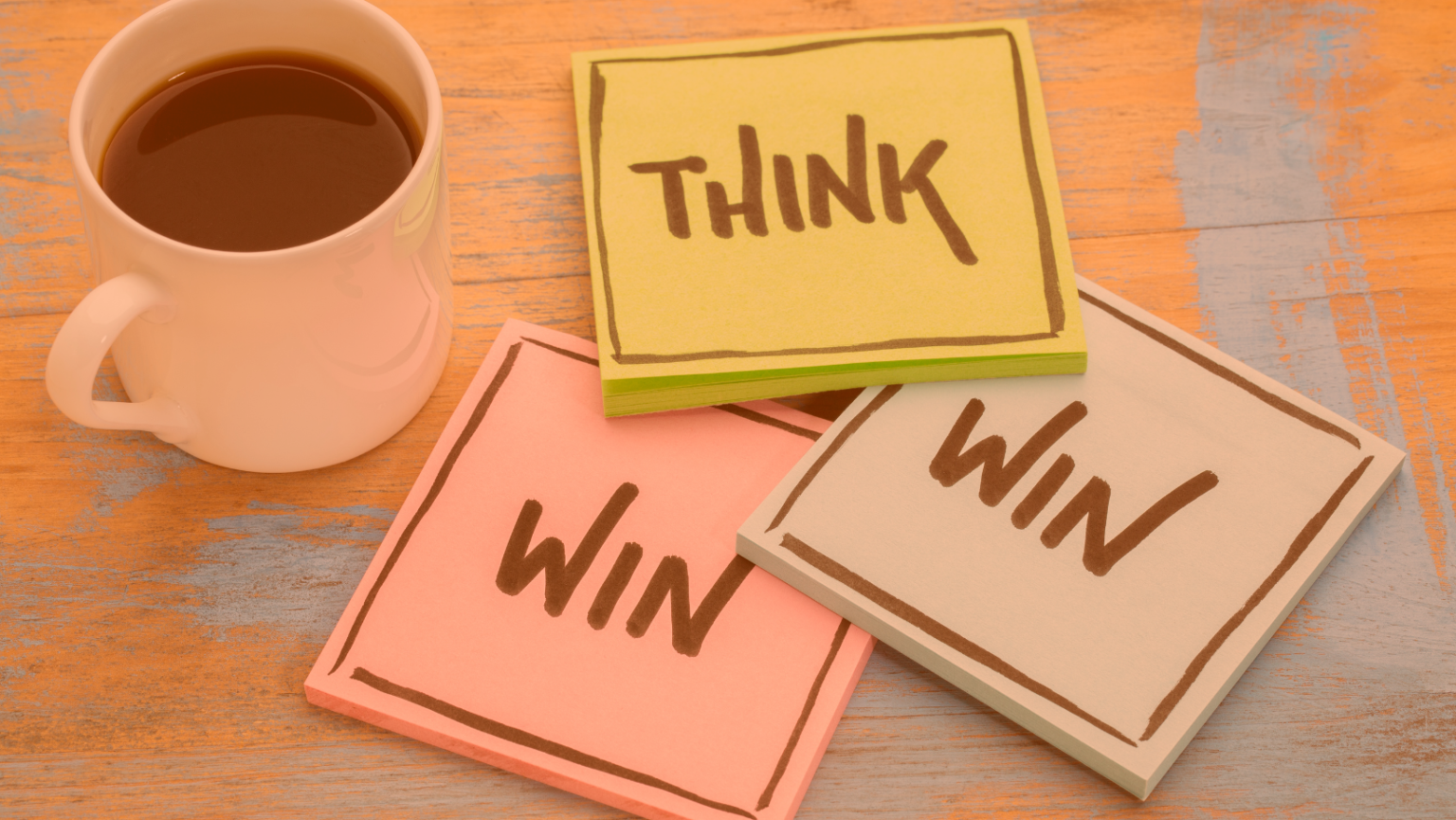 What does financial freedom mean to you?

Is it the ability to afford luxuries without overworking? Or perhaps it means being financially self-sustaining without needing to work?

For Private Money Club borrower Luke Medico, financial freedom means feeling secure in your wealth while also having the ability to take time away from work. Ultimately, he aims to achieve financial independence by building a steady income that surpasses his expenses.

Fortunately, he’s on the fast track to achieving this goal with the help of Private Money Club. PMC provides borrowers like Luke with access to lenders, allowing them to create a mutually beneficial transaction between real people rather than companies.

If you’re looking for an inspirational story about working hard to build wealth, you’re in the right place. Believe it or not, Luke started his career as a teacher making a less-than-impressive salary, but through his tremendous effort and smart money decisions, he’s carved out an incredibly lucrative house-flipping business.

Luke Medico’s journey to becoming an accomplished house flipper started while he worked as a full-time teacher. Although he enjoyed his teaching job, he had a strong drive to take on additional work to achieve financial security. From an early age, he felt motivated to do everything he could to feel more secure with his money:

“It all came from an internal drive … [to] provide more and be able to one day not be concerned about money. … [Growing up], there was a lot of mindset of lack and struggle around money. Like, ‘No, we can’t afford that.’ … That never felt good to me, so I was like, ‘I’m gonna do what I can [to be financially free].'” – Luke Medico

During the summers in between school semesters, Luke took on various odd jobs to build his savings. He cleaned toilets and would even resell items he found at thrift stores. He had a robust drive to pursue financial freedom outside of his teaching career.

This strong drive and mindset helped Luke flip homes. His teaching background also helped him tremendously because he realized that houses are like students: none of them are the same, and you need to adjust your strategy to meet their unique needs.

“You kind of have your ideas on how you wanna teach a class, but then when you meet every student, you’re like, ‘Oh, shit, that’s not gonna work for him.’ So then, you gotta adjust and it’s like, ‘All right, what’s the highest and best process? … How can I get them to maximize their full potential?’ … Houses are the same.” – Luke Medico

Luke started his flipping career with three different houses, and shortly after, he became a licensed real estate agent. He continued working his teaching job while also working as a full-time realtor.

“The first deal I did as a real estate agent, I got a check and it was like a little under eight grand. I thought. … ‘This is literally three and a half months of my teaching salary all at once.’ … Every dollar that I got from being a real estate agent went to a separate account, and I acted like it didn’t exist. … [In 2015], I was looking [at the account and realized] … [I have] like 80 grand sitting here.” – Luke Medico

Luke knew that he needed to do something with the money rather than let it remain in the savings account, so he spent 44 grand on a duplex with a vacancy. Within a month, he filled the vacancy and began making $1,400 in monthly passive income.

“That kind of lit the little fire under my ass to what else is possible. So then I’m poking around for ideas.” – Luke Medico

To boost his real estate portfolio, Luke obtained a commercial equity loan with a $50,000 line of credit. He bought a rundown house for 50 grand, flipped it, and sold it for $125,000. Although Luke made a great deal of money that year, he grew tired of doing the hands-on work that goes into flipping homes. He decided to take a break from his side hustle, but that break didn’t last long:

“At that time, I was swinging the hammer myself doing all that stuff … [I was like], ‘That’s a lot of money, and I really like it, but it’s also stressful. … I’m gonna take off maybe a couple months.’ … That lasted two weeks, and I ended up buying more houses. … Opportunity and timing don’t give a shit about each other.” – Luke Medico

Although Luke was tired from his lucrative home-flipping endeavor, he couldn’t help but continue striving toward financial freedom when more great opportunities arose.

He engaged in long hours and hard work early in his flipping career, but his tremendous effort has now paid off as he’s built a highly successful realty group and house flipping business.

Luke Medico worked tirelessly to become the success that he is today, and for him, it’s all worth it now that he’s closer to obtaining complete financial freedom. For Luke, this means having enough passive income to make work optional:

“The end game to me — and I think to most people — is that pure financial freedom number. And the way I equate it is when your passive income surpasses what you owe on a monthly basis, then you’re financially independent. … [It enables you to be like], ‘Hey, I’m not gonna answer [my work phone] for a week. … I’m not gonna check my email for a while.'” – Luke Medico

In addition to having the opportunity to take time away from work, Luke’s business also enables him to help others. He offers consistent work for contractors and employees in what he refers to as an “anti-corporate culture.”

“There’s a lot of connections and people involved. … It’s kind of a beautiful thing to be like, ‘Well hey man, … you don’t have to worry about finding work, and you’re gonna be guaranteed work, and you’re gonna get paid every two weeks, and there’s flexibility.’ So if your daughter has a recital or whatever, it’s like, ‘Okay, cool, go do it.'” – Luke Medico

Luke also takes pride in the fact that his house-flipping business enables him to provide exceptional and flexible employment for his friends and family, and he also gets to create many new jobs within his community in Mountain Top, Pennsylvania:

“You touch a decent amount of people as a real estate agent, but then when you get into the investor part, [you employ many people]. It’s just like, ‘How many different specialized contractors do you have in the house?’ And you know … almost anybody can paint [or clean], so you can provide the opportunity to somebody.” – Luke Medico

Luke and his team are rapidly expanding their home-flipping business, and they now have access to even more opportunities by making connections with lenders through Private Money Club.

Luke Medico has made highly valuable connections through PMC, and he’s built trust, respect, and, ultimately, a positive professional relationship with his lenders.

What’s great about Private Money Club is that you don’t need to jump through multiple hoops to get funding. All you need to do is show potential lenders your financial statements, income, and other records to demonstrate the fact that you’re a reliable borrower. Luke proved that he’s a safe and dependable borrower through his professional history in investing:

“It’s a really nice and easy conversation to show people like a long track record of … shelling out hundreds of thousands of dollars a year of my own money. … When you’re using your own money, you’re able to show other people very clearly that you’re a good steward of money and you treat other people’s money the same way that you would treat your own.” – Luke Medico

Luke has created such a strong relationship with his PMC lender, Gene Nguyen, that he recently called an audible with his investing plan without a hitch:

“I have some of his money at work, and I just decided to sell these properties without doing anything to them. … We’re so comfortable with each other at this point where I just said, ‘Hey, this is gonna be done in like two weeks. I’ll get your money back. I’ll send you a new note for the next deal.’ … We’ve done probably … seven different deals, and that’s been in the course of about a year.” – Luke Medico

Luke’s positive relationship with Gene demonstrates the benefits of PMC. Borrowers and lenders build a personal connection, and as long as everything goes well, they execute multiple deals with one another.

“The thing that I like the most about the private money situation is [that] it’s you and another person just discussing what’s reasonable and what works.” – Luke Medico

This lending alternative is especially valuable for Luke because he can flip houses and execute deals without the rigmarole of standard bank loans:

“I don’t mind following rules and regulations, but in the regular lending world, it’s just much harder. When you have like … six to seven new acquisitions scheduled to close [and you] have to deal with a bank for every single one of them, coordinating all that stuff … can be a real nightmare. … [With] private money, [it’s] just like somebody trusts you. … They know in the end that you’re gonna take care of them no matter what.” – Luke Medico

Jumping through hoop after hoop in order to please conventional lenders is challenging, especially when you have multiple deals in place. Private Money Club streamlines the process. Additionally, PMC allows you to work with an individual person rather than a faceless corporation:

“Companies … [are] really quick not to give a shit. … It’s refreshing to deal with people that you kind of know and you can talk to straight up and be like, ‘Okay, you’re a real person.’ … And it’s easier to evaluate [the deal]. … Just like the personal touch to it. I think it goes a long way.” – Luke Medico

The Private Money Club empowers individuals to work with real people rather than uncaring companies. Borrowers and lenders can broker mutually advantageous relationships that are far more meaningful and beneficial for real people.

Although Luke is now killing it in house flipping by using PMC, he’s fairly new to the process, but he already greatly prefers using private loans over standard loans:

“If I could operate every single deal I have on private money, … I would because it’s going to a person. … I’d 100% rather give my money to a person, even if I’m gonna pay more. And I don’t mind it [because of] the ease of it.” – Luke Medico

With Private Money Club, Luke can flip more homes and expand his business while working with real people.

Luke Medico is excited to continue his journey of obtaining pure financial freedom while benefiting those within his community and his private lenders. With the human-to-human connections he can make through PMC, he can build more passive income, enabling him to work less and become even more secure in his finances.

If you read Luke’s story and thought, How can I build passive income while working with real people rather than banks? You’ve already found the resource that will help you on your way to pure financial freedom.

Visit our Learn library to gain premier access to PMC learning materials & resources about the benefits of borrowing private money!