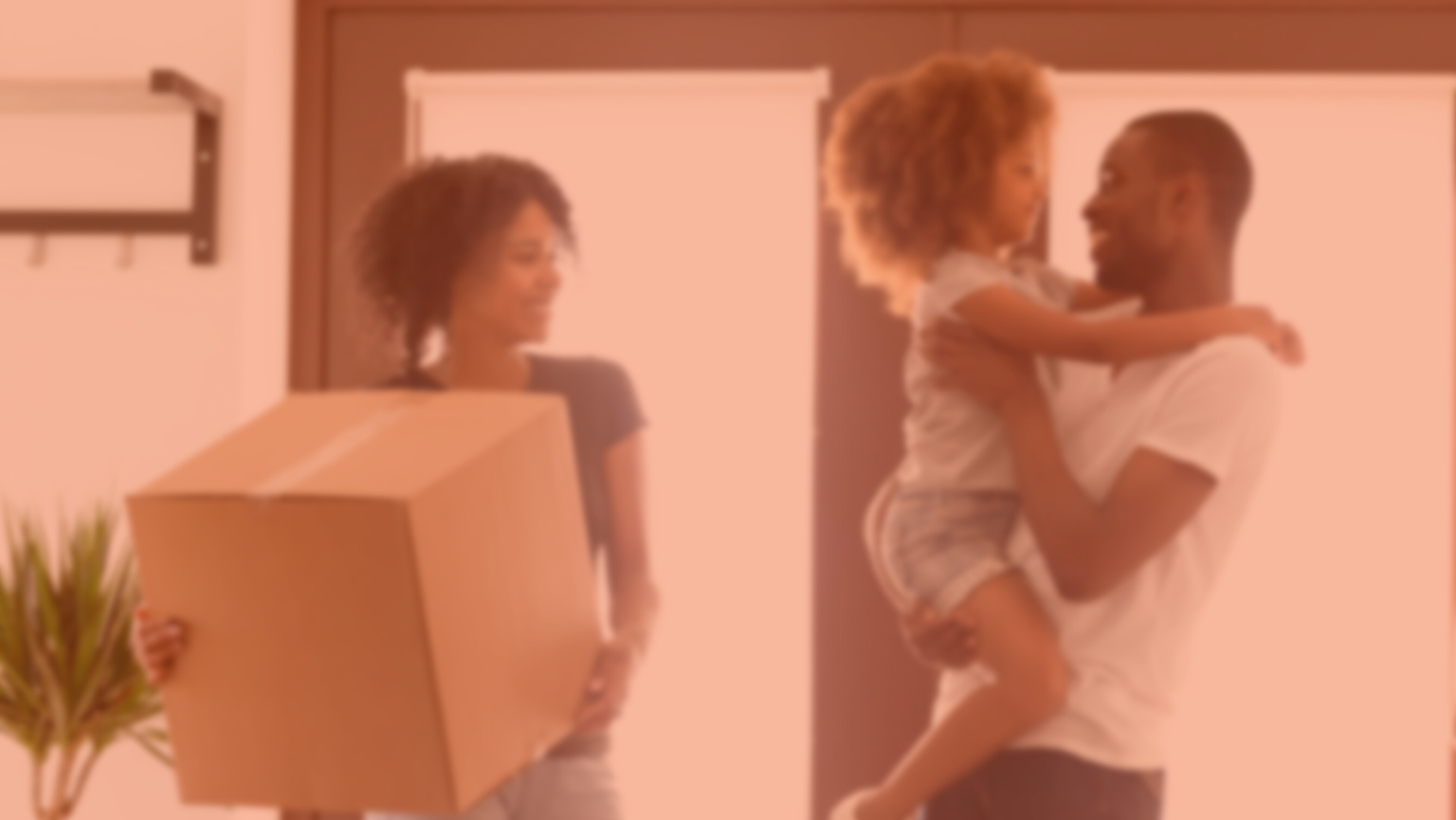 You hear this word nearly every day, but it means something different to every person. For some, freedom means the ability to step away from their strictly scheduled lives to pursue adventure. For others, it means finding inner peace that transcends understanding.

Gaining financial freedom usually comes with a hefty price tag from the beginning — especially if you want to pursue real estate deals. You may have to invest your life’s savings into your venture and step out in faith that the idea will succeed. Or perhaps you wind up at a traditional bank, waiting to see if they believe your potential idea is worthy of pursuing.

But what if risking your savings or working with a bank weren’t your only options?

Here’s the good news, they’re not your only options.

For Michael Kearse, a real estate entrepreneur from Philadelphia, PA, finding a different option was a revelation that came at the perfect moment. Let’s dive into his story to learn more about how Private Money Club taught Michael to pursue his financial dreams through slow-flipping houses.

In 2019, Michael Kearse earned six figures working as an I.T. Manager for Red Hat, an open-source software company that creates digital solutions on an enterprise level. He had a good life with traditional financial security, but he always wanted to do more with his money.

“I was on YouTube, and I came across this guy by the name of Scott Jelinek. He was talking about this slow flip method that he was doing and how he owned 50 or 60 properties [that were] all paying him $830 a month. And I started doing the math.” – Michael Kearse

Slow flipping doesn’t take the usual approach of house flipping, where you buy a property, fix its flaws, and sell it to a typical homebuyer. Instead, it gives property owners a chance to empower people who don’t qualify for a traditional mortgage by providing them with a private loan.

How Michael Made Over $35,000 in Four Days by Slow Flipping

After crunching the numbers, reading multiple books about creative seller financing, and participating in webinars, Michael decided it was time to pull the trigger on building a real estate portfolio. He took to his keyboard and found an ideal property on the other side of the state.

“I was like, let me look outside of my immediate network in the state of Pennsylvania and see if I can get a home for less than $10,000. I did that and found a property for $8,000. I [thought], Oh my goodness, it’s all the way on the other side of the state. Borderline Ohio. I actually used my wife’s credit card, and I was so scared. After closing costs, I was in it for a little over $9,700.” – Michael Kearse

Despite his reservations, Michael took that step to start his real estate journey — and he made significant gains in no time. In only four days, Michael resold that property for $45,000!

“I got five [thousand] down and agreed to finance the remaining $40,000 over seven years at a seven percent interest rate, which came out to about $546 a month.”  – Michael Kearse

After witnessing the power of real estate and the slow flipping method, Michael was all in. He started grabbing money from everywhere to build his real estate portfolio. But once he had acquired eight or nine properties, he started running low on personal funding.

This lack of funding left Michael with a decision. Was he going to settle for owning the number of properties he had already acquired, or was he going to search grow his network that could inject more life into his efforts?

Michael chose the latter and hasn’t looked back since. As his funds dried up, Michael began researching how to gain more funding for his opportunities. While reading countless articles and eBooks and watching webinars about gaining funding, he began learning from Chris Naugle and Private Money Club.

The world experienced a shutdown due to the COVID-19 pandemic as Michael’s real estate journey was on the rise, but that didn’t deter him from reaching out to Chris. Michael gathered all the data on homes he had purchased over the past year and reached out to see if he could get more active with the PMC community.

Spoiler alert: they got back to him.

With all of the research, all of his personal efforts, and all of the data he had to back up his strategy, Michael knew that he had something good on his hands. But gaining approval from Chris Naugle himself boosted Michael’s confidence significantly.

“I still remember it like it was yesterday. [Chris reached out to me] and was like, ‘Mike, you are in a great position.’ The price point was not a lot because most of my properties were less than 30 grand. … He [told me] there were so many people that he knew that will invest with [me]. … [I was] only asking for $35,000, [and I was] gonna kill it.” – Michael Kearse

Chris’ prediction was right on the money. After linking up with Chris, Michael gained access to Private Money Club and lenders’ attention through an interview with the group. During the interview, Michael shared his desire to make low-number deals compared to homes that were hundreds of thousands of dollars, which drew a lot of attention.

From Michael’s web interview, Gene Nguyen — a lender in PMC’s network — recognized that Michael was putting the hard work into his portfolio that you need to be massively successful in real estate. That night, Gene reached out via email to connect.

“I woke up in the morning and showed my wife. I was like, ‘Look, look, look! Someone’s willing to [work with] me!’ [Gene] was really cool. We talked for a bit [on a call], and I kind of picked his brain for a bit because I thought it was cool that he owned his own family business and had grown it to the amount of employees that we had.”  – Michael Kearse

Shortly after connecting with Gene, Michael set up his first deal through Private Money Cub, and it wasn’t long before they were working together on more opportunities. Gene’s support gave Michael the boost he needed to be noticed by even more lenders in the group and open opportunities to close more successful deals.

In fact, Michael’s portfolio proliferated and positioned him in a place where managing his full-time job and his properties were too much to handle. So, Michael took another leap of faith and chose to leave his IT management position for an entrepreneurial real estate career.

“Back in June, it got to the point where I was getting so busy that I couldn’t give the portfolio the attention it deserved, especially with my job. I was slammed on different calls and things as an IT project manager helping fortune 500 companies with a digital transformation.” – Michael Kearse

Michael set up a call to resign from his position at Red Hat, and during the conversation with his supervisor, amazing things happened. He inspired her to back his ventures and share the story with the rest of Red Hat’s staff. As a result, Michael is planning on receiving half a million dollars from his former teammates.

Ultimately, that initial partnership with Gene kicked Michael’s real estate journey into another gear. That $35,000 in funding has already multiplied itself exponentially, and Michael is on track to continue growing.

How Michael Is Helping Others Find Financial Security

When you look at the interactions between lenders and borrowers at Private Money Club, it’s no secret that magic happens — the relationships they build through PMC help them exponentially grow their portfolios. However, what you might not notice at face value is the benefit for the people who buy homes from private lenders.

In Michael’s case, he has the opportunity to provide the privilege of homeownership to people who would otherwise be forced to rent. The strict lending policies of many mortgage companies may protect the lender, but it leaves many people out of the running for the chance to purchase a home.

By utilizing a seller financing structure while slow-flipping houses, Michael helps people break the cycle of rent and helps them gain equity through the homes they purchase from him.

“Seller financing helps individuals because everyone doesn’t fit into that small box [of traditional lending], and interest rates are going up now because the market is starting to change. So even more people are going to need help like this. I’ve helped all types [of people] in all walks of life.”  – Michael Kearse

By taking this out-of-the-box approach to real estate, Michael is paving the way for hundreds of families to build their dream futures without worrying about whether or not they qualify for a traditional loan. And by being as transparent as possible, Michael will continue to make that dream a reality for many, many more.

If you’ve read through Michael’s story and started thinking to yourself, I think I could grow a real estate portfolio, or if you’ve considered learning more about private lending, you’re in the right place.

Private Money Club has a wealth of resources for those looking to generate passive income, allocate funding for real estate ventures, or wanting to learn the ropes of real estate. So if you’re curious about private finance and looking to find exciting projects, work out deals easily, and make magic happen, it’s time to get involved.
Become a club member today and start turning your dreams into a reality!